Not long ago, my husband and I wrote our will. Although we just did the standard will where our children divide our assets when we are gone, the possibilities are endless about what instructions we could have included. , niece of James Buchanan, the fifteenth president, filled her will to the brim with instructions to follow after her death, not just for her executors and her family members, but even to the itself!

James Buchanan is the only president to have never married. He had been engaged, the engagement had been broken off, and the ex-fiancee committed suicide several months after the break up. That did James in. He vowed never to marry. There is possibility that James Buchanan had a homosexual relationship with William Rufus Devane King, but that depends on who you ask if there is evidence beyond a deep friendship.

’s mother was James Buchanan’s sister. Harriet was orphaned and then adopted by James Buchanan when she was eleven. They were very close and had a great relationship. He brought her with him to when he was the ambassador to the court of St. James. Queen was impressed with Harriet and they spent much time together being of similar age.

When James Buchanan entered the White House, came along as the official hostess. She was a fashion trend setter from the beginning starting with her shockingly low cut gown for the inauguration ball. Milton Stern in Harriet Lane, America’s First Lady, calls Harriet the first First Lady who was a fashion leader. I found that hard to believe at first because so many of the previous first ladies were so elegant and well-dressed. However, Harriet had the advantage of the widespread use of photography in the media which no other first lady had previously. Before, you would have had to have been in Harriet’s presence to see what she wore or read a description in the newspaper or in a friend’s letter. But now that the women in the whole nation had access to see for themselves what the First Lady wore, women could accurately copy what she wore. 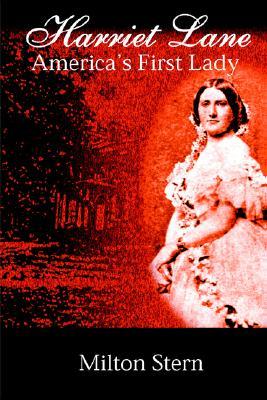 My family and I visited Wheatfield, Buchanan’s home in , and I asked the tour guide if she thought Harriet truly was more fashionable than previous first ladies or was it merely advances in photography that made her fashionable to the public? The tour guide thought it was both and she pointed me to a picture of Harriet that showed her wearing a belt around the waist of her dress as opposed to the pointed waistline. According to the tour guide, Harriet was the first one to wear a belt like that.

﻿
Harriet only spent one term in the white house and she was single that whole time. She married at the age of 36 to Henry Elliot Johnston, Jr, a wealthy banker from . They had two sons. Shortly after her marriage, James Buchanan, her beloved “Nunc” died. Then both her sons died of rheumatic fever, one at aged 14 and one at age 12. Finally her husband died leaving her completely alone in life at the age of 54.

She moved back to and hardly a week went by from then until the year before her death that she was not mentioned in the newspapers as participating in the social life of . This reminded me much of Dolley Madison who moved back to after she was widowed. Dolley was also socially active especially with First ladies and even guided them at how to hostess at the White House. I don’t know what role Harriet had in First Ladies after her time, but I will be looking to see if her name appears in any future biography I read!

At the time of her death in 1903 at the age of 73, she left an extensive will which she had amended several times stating which family members should get what candlesticks, china, jewelry and what amounts of money different cousins and nephews should receive. Her estate at the time of her death was worth $11,500,000 (in 2005 dollars).  Her major bequest was in memory of her late sons: the for Invalid Children in . This hospital is still going strong today including a partnership with John Hopkins and also publishes a medical handbook each year. She also set aside $300,000 to establish the for Washington Cathedral Choir Boys which is still one of the premiere educational institutions in D.C. She also left her art that she had collected to the Smithsonian which renewed the Smithsonian's interest in collecting and preserving pieces of art. Lastly, to the , she left $100,000 to erect a monument in D.C. of her uncle within 15 years after her death. Congress finally picked a spot after heated debate 6 days shy of the 15 year deadline. It took them so long to honor her request because although Harriet was well-loved in , James Buchanan was not. The Statue was completed in 1930.

was intentional about her legacy. It is obvious that she spent a long time pondering and planning how her estate would be used to remember her sons and Uncle and her based on the number of times she amended her will which was printed in full in Milton Stern’s book.

is inspirational to me to be intentional about my legacy. Although she had access to millions of dollars to shape her legacy, she also left a legacy through her generosity and her character. I did not marry a millionaire, but I can purposefully craft how I will be remembered by the next generations through my own character and actions.